Unfamiliar vestiges
Imagine what historical languages shall serve as of today’s architecture. This project is a development of architectural languages’ evolution and translation. The project is the Baghdad new design center located on the original Baghdad governorate building ruins. Extends the historical ornament details as an abstract geometry pattern. Projections of those details from orthogonal directions put onto the newly introduced complex form create an unfamiliar but actually historical routed architectural language.
Merging rounded objects to produce the primitive mass as the container or the volume. Using basic geometries like sphere, cubes and exaggerate the seams while merging together. Extracting the contour lines from the seams enlarged the complexity of the primitive form.
During the projection of the extended details onto the complex primitives, Different levels of scale were chosen to translate the historical geometry into different functions. Fragments of architecture such as wall, corner, and stairs have been distorted merging with the complex language. Functional languages were transformed and distorted into a geometrical form.
Between the full cognition of the historical language geometry and the weird distortion. The awareness of the coexistence of the memory and strangeness has become the new image. 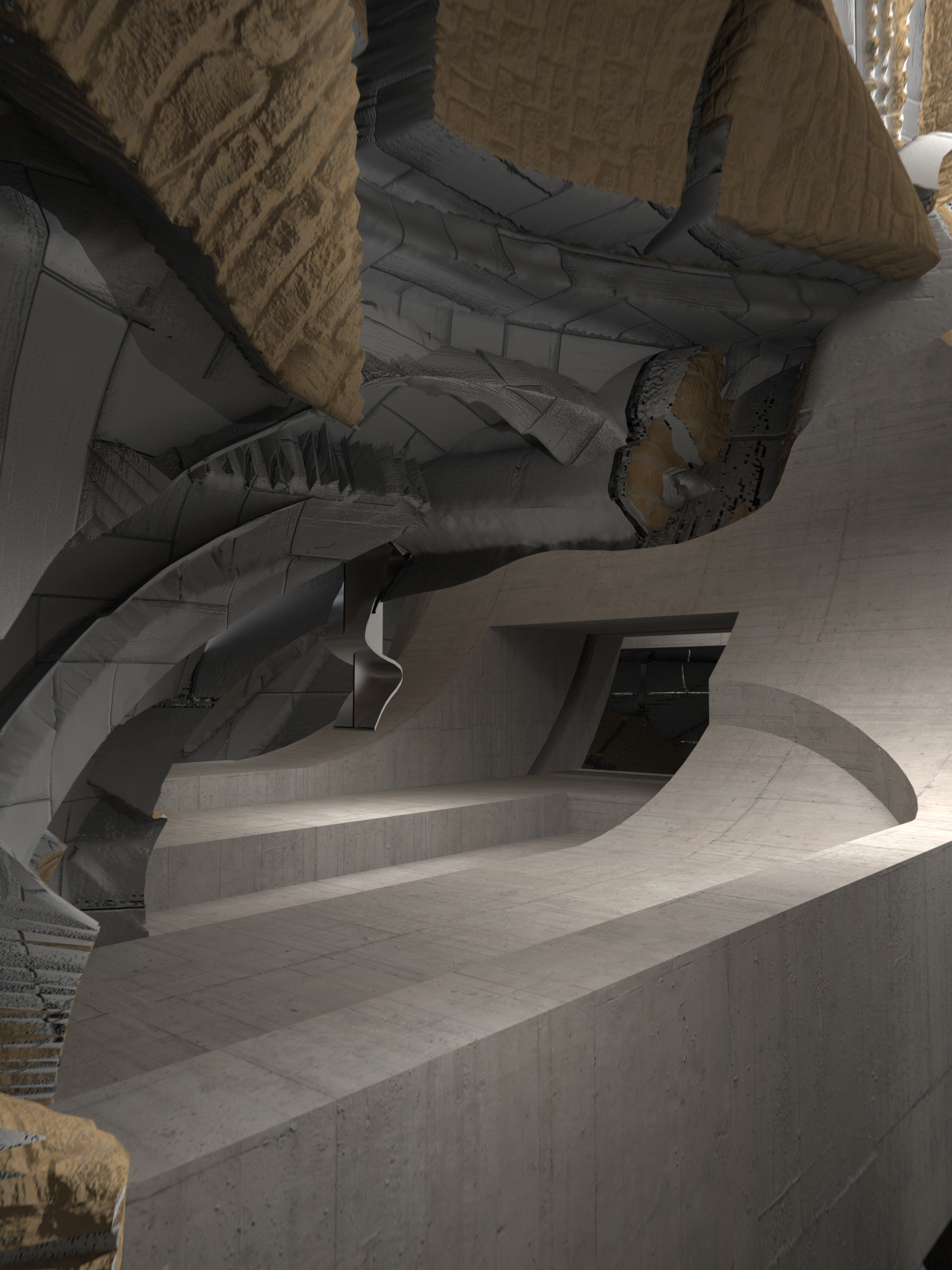 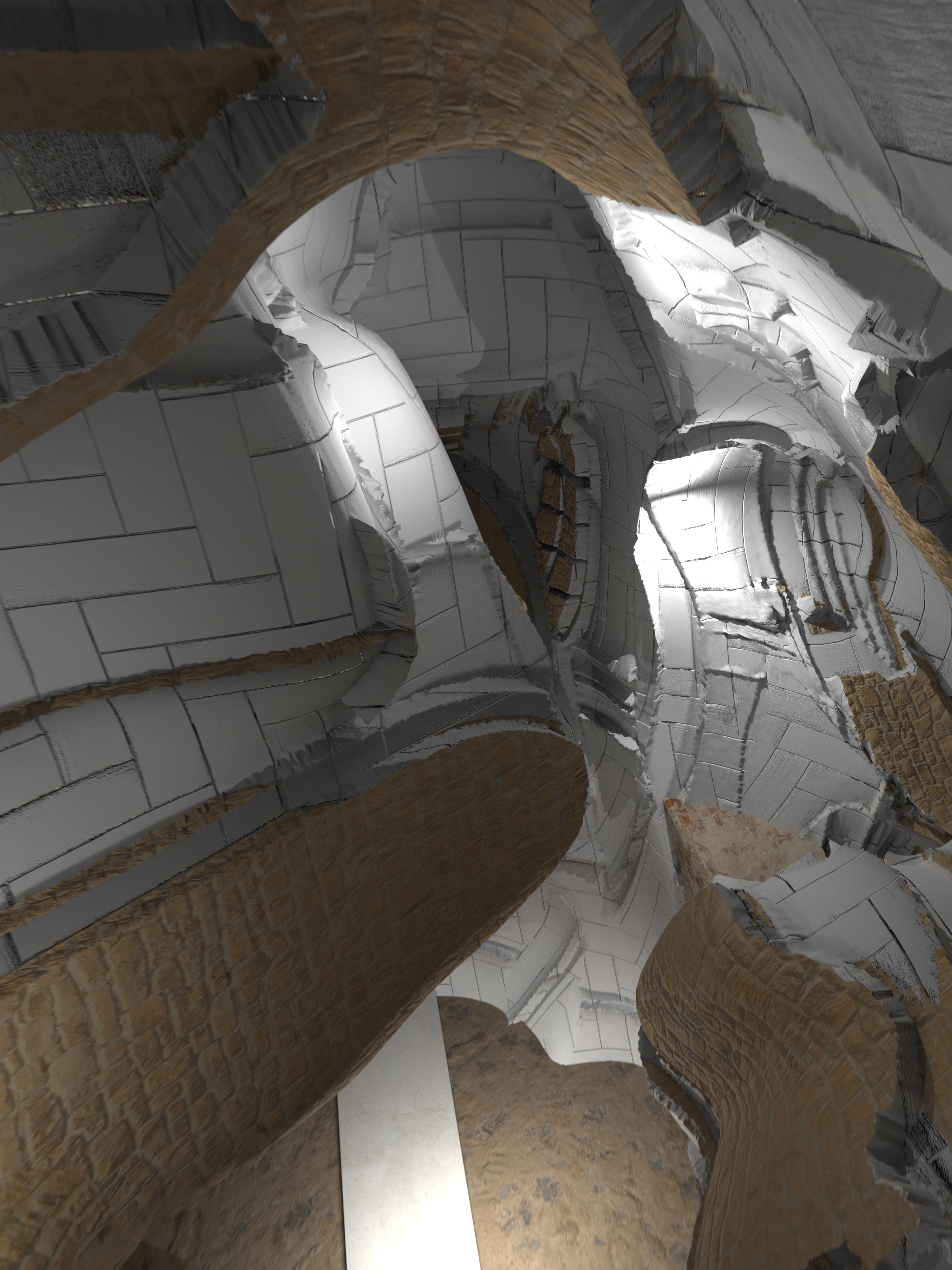